As discussed in my previous article Know What before Know How, Knowledge is the foundation of my teaching philosophy.  Knowledge about what makes a ball fly and what the club has to do to accomplish this task are beginning concepts.

Once the ball is airborne, it will either fly straight, to the right or to the left.  Now, you are probably aware of what causes these variations in flight, but it bears reviewing because, as you will read later, clubface awareness will help you create the shots you want when you want them.

The three pictures below tell the story about varying ball flights.

Ball Flight Laws tell us the following (for right-handed golfers):

Follow my logic thread below and I believe it will help you embark on playing the best golf of your life!

It all starts with an image of what you want the ball to do to get to the target.  Generally, the 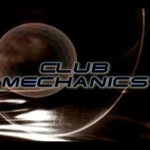 term for this image is Ball Flight, even though the chosen shot may be one that rolls the whole way, as in putting.  Once you’ve selected the Ball Flight, you then choose the club that will best accomplish it.  Now you simply determine what that club must do through  ball impact to create the shot you selected.  What the club does is termed Club Mechanics.

For example, say you want to curve the ball from right to left (a draw for a right-hander) so you can go around a hazard instead of over it; based on the yardage you determine a 7 iron is the club for the shot.  Your knowledge of Ball Flight dictates the clubface must descend through impact (to strike the ball below its equator) with the clubface closed to its swing path (so the ball will curve left or draw).   This will make it clear that your swing path must be right of the hazard you want to go around so the ball will have room to curve toward the target, avoiding the hazard. These specifics regarding clubface orientation and direction are the Club Mechanics for hitting that draw. 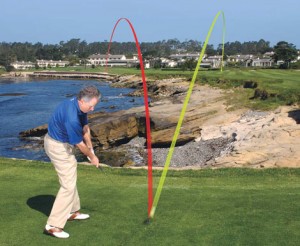 The goal for every golf shot is to reach a target.  To do this you must apply the clubface to the ball in a way that creates the ball flight you intend.  Attention on applying the clubface to the ball creates the swing and not vise-versa.  Your golf swing is dynamic and whole; there is not one physical piece or part that makes it all work to create the desired outcome of proper club mechanics that produce the ball flight intended – all the ‘parts’ work together to deliver the clubface to the ball.  Your body is like a machine with many moving parts that must work in harmonious order; it all needs a good manager so that everything works together and at the right time.

I pose to you that your brain is that manager, more specifically; your brain is a ‘task manager’.  Just think about how you get through daily life. You “shower”, “shave”, “dress”, “drive”, “eat”, “drink”, “walk”, “talk”, “stand”, “sit”, “hammer”, “rake”, “open”, “close”, etc…all of these are tasks.  All you need is the intent to do the task and your brain manages your body to get the task done…Brilliant!  So why would you treat a golf shot any differently?

For golf shots, the task is applying the clubface to the ball and the task is clarified first with “ball to target” imagery.  This ‘task orientation’ is the glue that combines all the swing ‘parts’ into one fluid motion that produces desired results.  What you are doing with the clubface to the ball is the primary task; the swing you produce will be an effect, not a cause.  Misunderstanding this process is why sometimes golfers ask “what did I do right?” when they hit a great shot. 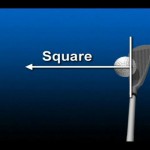 In these instances, their task was usually very simple, like “just hit it”, “ball then divot” or “keep the face square” and this “task” orientation orchestrates the body’s swing mechanics to deliver the goods.  Sometimes golfers aren’t even that conscious of the task, they just have a fleeting glimpse or image of what they want to happen with the ball and automatically execute the shot without getting in their way consciously. That’s why they don’t know how they did it; they 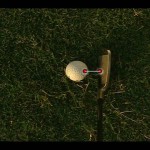 did the whole thing of “ball to target” and how is of little concern to the task oriented mind.

With intent only on the strike, spawned from the image of “ball to target”, great shots happen.  And those shots are usually great because that’s all the ball reacts to – the strike!

So here is your formula for success:

Note: I often hear golfers say “I get it, but all I want is a swing that will hit the ball straight”.  This comment usually stems from a false concept that if they “do the right swing” they will “hit the right shot”.  My intent with this article is that you understand once and for all that you are in control of every shot you hit because you are in control of where you focus your attention.  The reality is “if you hit the right shot then you will have done the right swing”…that’s right… Ball Flight leads to Club Mechanics that create Swing Mechanics.

I invite you to give it a go and let me know what your experience reveals!

6 thoughts on “Just the Facts”